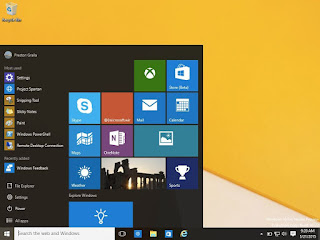 Microsoft's newest operating system, Windows 10, is no doubt generating heated debate as concerns users' privacy, with some privacy advocates recommending total opt-out from the service. The "unusual" free upgrade to Windows 10, is perhaps marred by sneaky privacy policy, which has lead to unsettling speculations.

Albeit, the company is already notorious in secretly collecting users data through stealthy tracking activities, the latest move is even more profound as to the level of users' information involved.

According to Microsoft, “We will access, disclose and preserve personal data, including your content (such as the content of your emails, other private communications or files in private folders), when we have a good-faith belief that doing so is necessary to protect our customers or enforce the terms governing the use of the services.”

Beyond that, even things like users' browsing history, bookmarks, passwords and Wi-Fi access details are also included in what you must give-up to Microsoft with the new policy.

Asides this, Microsoft's digital assistant, Cortana, also learns about you by collecting data about such things as your music, alarm settings, whether the lock screen is on, what you view and purchase, your browser and search history, and more.

While some settings are outside users' control, there is a way to deactivate the automatic sync option, which is activated by default. Simply go to settings and finding “Sync your settings” in the Accounts tab to deactivate.

Although much of this is structured to improve the quality of the service, but the fact that all is tweaked to the tech company's taking greater control over users personal information, is something to really worry about. 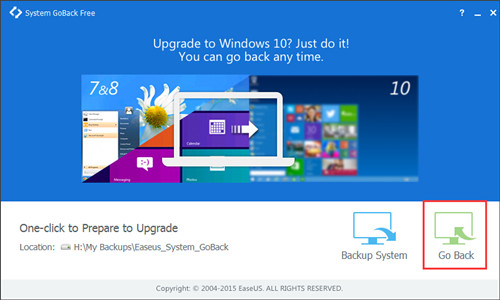 It’s no longer news that the long awaited Microsoft Windows 10 operating system will be publicly available on July 29, and definitely most users are planning on early switch to the new OS. But unexpectedly, during or after such upgrades, people tend to encounter some problems which will force them to go back to the previous version.

Most Windows users don’t know how they can go back to Windows 8.1 from Windows 10, considering all the techie twists, it appears almost a herculean task for many.


If you encounter any problem upgrading to Windows 10, either you are not happy with the newly installed update or it messes up your PC settings; EaseUS System GoBack will help you to go back to a previous version of Windows and reset your system easily.

And it makes the downgrading job easier, so that you can do Windows 10 upgrade without any fear of system failure as you already know the tool that can save the day, in case anything goes wrong! 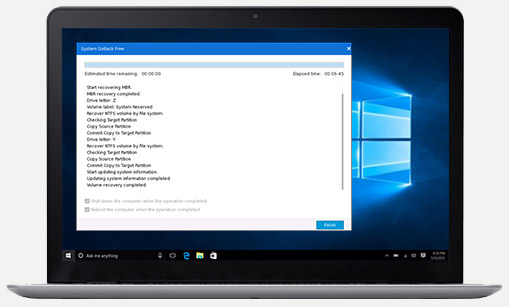 EaseUS free system go back software is a program that you can rely on to backup and restore your Windows system with only one click.

It makes the process of going back to windows 7/8/8.1 from Windows 10 effortless and easy whenever you have a need without the supposed associated hassles.

The process is as simply as launching the EaseUS System GoBack Free software and clicking "Backup System" before Windows 10 upgrade. It will quickly backup your previous Windows system, which only takes a little while. Once the backup job is finished, you can find the backup file in D:\My Backups\EaseUS_System_Goback.

Then, when you need to revert, just launch EaseUS System GoBack Free and click "Go Back" and you’re as good as you never migrated from Windows 7/8/8.1 to Windows 10 in the first place.

EaseUS System GoBack: Easily Go back to Windows 7/8/8.1 from Windows 10 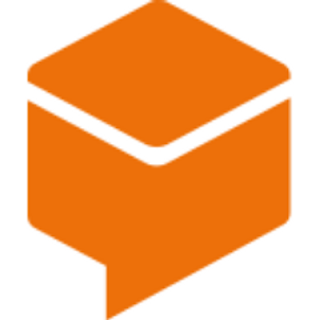 The era of Artificial Intelligence (AI) is finally here, now every smartphone down to the tiniest IoT device, even your Home systems come with some form of voice-enabling capabilities, giving rise to the term smart home and apps.

Technological developments have literally put the world into our palms, with amazing ease and magical sophistication, making rare innovations a reality, which before now were pronounced impossible.

Api.ai is one of the latest technologies that introduce speech recognition capabilities to your smartphone or tablet and lets you interact with your device like a personal assistant.

Though it sounds a bit Greek and Latin together, API.AI speech interface is much easier to use. And if you are an app developer, this is an absolute delight to work on, effortlessly you can enable voice commands and make your app a big hit.

Below are few simple steps for you to follow:

Voice commands allow us to visualize our smartphones or tablet as personal assistant. But, there are lots of options with the voice enabled apps. Still curious what this API.AI is used for?

Below are few of the possibilities of this app enhancing technology:

Will This API bore a hole in your Pocket? Find Out How Much It Would Cost You – You will be Amazed!

Depending upon your requirements for the API, there are different sets of packages for different requirements. However, you're allowed to download the free version and use it endlessly.

But, if you have a commercial app and want to use the API for business, there are 2 choices for you: Pay a specific amount for each request you make, which amounts to 0.003 cents per request. Or a Shared Revenue Program – For this you need to contact another developer and make a shared deal.

There are enough start up plans to let you try and experiment at a cheaper cost. With number of queries increasing or as per demand, more flexible will your payment be through different plans customized for your benefit.
The advantage is, as your app gains popularity, you can add up features to your app with its advisory council or even by your own ideas.

What's The Bottom Line Of API?

It is a proven fact that anyone will enjoy the power of voice more than giving inputs through typing words in their smartphones or tablets. API.AI is greatly and widely acclaimd for those extra benefits that it provides users. And when you choose to develop your website or app with API you are sure never to regret your choice.

How Api.ai Smart Up your Apps with Speech Recognition 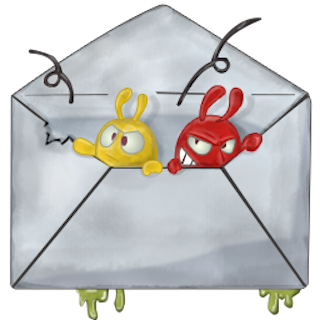 It has steadily grown overtime, with networks of virus-infected computers, accounting for about 80% of spam worldwide.

Google's spam filtering technology, albeit as effective as it is, still there are rare occasions a couple of spam messages get through to the inbox or a valid message is mistaken as spam. Hence, the launch of Postmaster Tools, to help enterprise users analyze email performance, and help Gmail route messages to the right place.

The Artificial Intelligence (AI) driven filter will learn through users reading habits and correspondingly reflect in their preferences when serving messages. With the changes, Google intends to tighten the leash on spam and make sure your messages ends up in the right folder. 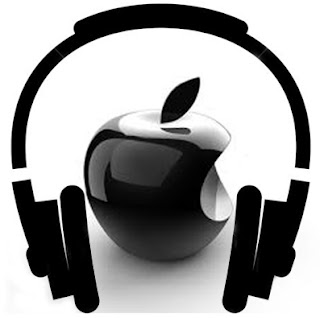 Apple has released iOS 8.4 for iPad, iPhone, and iPod touch, and with it comes one of the company’s most anticipated services – Apple Music. It represents Apple's long awaited debut in the streaming music space which gives Spotify another huddle to scale even as Google stepped up its own music streaming offering.

Albeit, Apple Music is arriving years later than many anticipated, it remarkably debuts as a well rounded service.

And Perhaps most importantly, the fact that it fuses some of the best aspects of Google Music and Spotify into one. So what did Apple Music bring to the table?

Music lovers' will for the first time be getting a bespoke, human curated, playlists - and the right to upload 25,000 of own tracks free, which will increase to 100k with iOS 9 (in contrast to Google Music's 50,000).

And a longer 3 month free trial period compared to one month on Google Music and two months on Spotify. Additionally, users' get a manned ‘Beats One’ radio service that steps beyond the automated radio playlisting of Google and Spotify.

However, details on how Apple Music will work offline and audio tracks max out at 256kbps verses the higher quality 320kbps of Spotify and Google Music remains sketchy. While Apple Music will break new ground with a Fall release on Android, Google Music and Spotify are already available on iOS with the latter also on Windows Phone.

Apple will be giving out subscriptions free for two years with the purchase of a new iPhone or iPad. And afterwards, charged at $14.99 per month ‘Family Pack’ for up to six people against the $9.99 per month single user option on Google Music.

Music Streaming: What did Apple Music bring to the table? 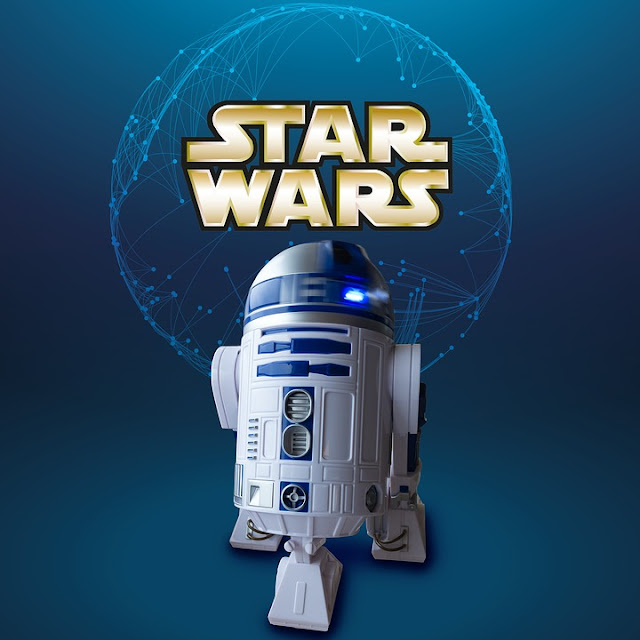 The concept of the Death Star were the first in a long series of super-weapons developed to execute the Tarkin Doctrine, also known as the Doctrine of Fear and officially known as Imperial Communiqué.

But, the Death Star projects failed spectacularly. Both Death Stars were destroyed by the Rebel Alliance shortly after they became operational.

Learn from the Empire’s mistakes and keep your projects from falling to the Dark Side! Original Infographic brought to you by Wrike - Tools For Agile Project Management.