Google announced its acquisition of QuickOffice mid 2012, while assuring on the goal of getting more done with the Productivity Suite through the enabling of seamless interoperability with popular file formats. Now, Google's QuickOffice has made its first appearance in the ability to edit Office Documents right within Chrome OS.

The ability to edit Office Docs in Chrome OS comes as an answer to compatibility challenge presented by Microsoft's Office Mobile, while filling-in the gap on Google Apps incompatibility problems.

Google's attempt in deploying QuickOffice within a browser has long been rumored, and now has eventually found its way on Chrome OS. The company has labored to bring the compatibility aspect along with the functionality of Google Apps.

Google's QuickOffice, however, does not present any threat to Microsoft's Office Suite, because its functionality cannot yet match the later. But given the fact that it's running on the unstable Dev channel of Chrome OS means the feature has not been made available for the public, hence not fully ready.

Eventually, within the coming months will see the arrival of the feature to the stable channel. Before then, if you would like to give the new feature a spin, you'll need to get a Chromebook while ensuring its running version 29.0.1547.2 or later.

Microsoft's resolve to filling-in the web app productivity space dominated by Google is increasingly on the spotlight as the company demonstrated more collaborative Office features on more devices. The new update means bringing more real-time collaborations to Office web apps, which hitherto had been available only on the desktop Office software.

Office Web Apps was launched in 2010 as Microsoft's answer to Google Apps, while the later have attained notoriety for real-time collaborative functionality, Office Web Apps had been lagging behind.

Microsoft in the next few months will be rolling out improved collaboration features in Office Web Apps aimed to bring real-time co-authoring on desktop browsers, Android and iOS devices. Also included in the new updates is ability to edit documents real-time without the need to refresh page.

The company in the demonstration revealed the pre-release web apps on a notebook, touting features like real-time co-authoring, design elements and document formatting.

Albeit, adding co-authored tables to a document is possible in the current version, the new update will allow co-authors to make live text-formatting changes. That means ring-level real-time co-authoring in Excel, and real-time editing in Word and PowerPoint.

Microsoft, however, have been trailing its earlier May announcement without any specific timing for the actual launch date for the updated version. 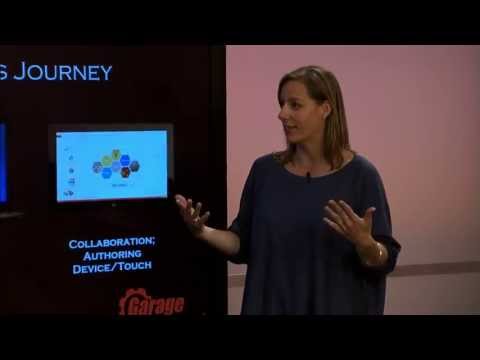 Google announced on Thursday the discontinuation of Chrome Frame, an Internet Explorer plug-in that tends to bring modern web technologies to legacy versions of the browser. The controversial plug-in was released to serve as a modern engine to old versions of Internet Explorer, to enable complete new browsing experience.

Chrome Frame allowed developers to scale the huddles of building different versions of app to suit the varied user agents, while ensuring better experience even for those still using old versions of the browser.

However, given the proliferation of modern browsers and more capable rendering engines, the challenge of users who were unable to move to a more capable browser is far lesser. And the usage of legacy browsers according to latest statistics is declining significantly.

What that means is that the leading edge browser experience have become mainstream, hence the need to retire Chrome Frame. Google will cease support and updates to the program in January 2014.

And developers who have hitherto employed the browser plug-in are required to instead prompt users to upgrade to a modern browser. While enterprise users who depend on old technology to run certain apps, are recommended to try Google Apps for Business, which allow employees to switch seamlessly between Chrome and another browser.

Google's Retiring of Chrome Frame: What it means?

Yahoo launched a revamped email interface on Monday with a couple of other changes in the service's privacy agreement. The new policy have generated outrage from users especially concerning the line on scanning of private email by Yahoo to improve its ads targeting campaigns.

Privacy have continued to be the bane of internet advertising, given the enormous appeal advertisers have for users personal information. Whereas such users deem it necessary that their privacy should be respected.

Yahoo Mail current additional "Terms of Service" is yet another twist in the privacy saga, although they are not the only service provider who have come open with such policy on tracking users, as well as scanning their private messages for advert purposes. As Google also have implemented the policy on Gmail service.

Microsoft had in 2012 announced same policy changes in its Cloud Services, which was also met with resistance from users. Albeit, the company had opposed email scanning for advertising purposes.

However, if you have upgraded to the new interface, Yahoo have afforded users the option to opt-out of letting the service scan their private messages for advert purposes.

Apart form the policy changes, other notable addition to the revamped Yahoo Mail includes integration of Dropbox cloud storage service which allows users to add attachment to their messages and equally save received attachments direct to the service.

Google announced would-be hard knock news on forking WebKit early April, signalling the beginning of work on its own rendering engine for Chrome, Blink. WebKit emerged in 2001 out of KHTML as an open-source rendering engine, whose flexibility and performance have endeared it to many web technology vendors including Google.

WebKit has kept pace with the growing capabilities of the web platform, thanks to the great open-source community who have been contributing in its development.

Why would Google want to discontinue using WebKit rendering engine? Despite the fact that WebKit has thrived in supporting the emerging web technologies, it has slowed down the pace of innovations owing to its complexity, hence the need to introduce a more streamline version, Blink.

Blink is based on WebKit with internal architectural improvements and simplification of the code-base, leading to more stability and fewer bugs. And which will be easier to make proposed specifications work in both WebKit and Blink. However, there is the fear that the common code-base could lead to some problems in recommending new standards.

But, the increased competition would lead to more focus on standards, meaning better browsing experience, which is a win win for the web and individual users.

Blink is expected to be turned on by default in Chrome 28, though it's already available as part of the Canary build for developers and early adopters who want to give it a spin.

Blink or WebKit: Which way to Go, Google?