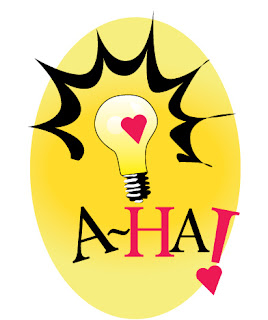 Even as dooms day has been predicted for search marketing, 2016 will present a new approach with the mobility shift - as growing number of individuals and businesses will migrate to native marketing. As 2015 comes to a close, more and more marketing technology companies continue vying for a piece of the pie in the burgeoning mobile market, which hitherto has been dominated by Facebook and Google.

Below are five predictions, distilled from a handful of marketing experts, for trends to watch in 2016.

As social media adoption reaches its crescendo, a generation shift from how contents are consumed is perhaps more likely, with the likes of Facebook and Twitter losing significant grounds to newer services. Albeit, the user base will continue to grow, Facebook will face huge competition from emerging social networking platforms.

Meanwhile, Instagram has been projected to attain a growth of about 49 per cent in 2016, from the current 32 per cent.

Browser-based metrics will gradually be effaced, as the emerging measurement guideline comes to play with the growing adoption of mobile technology. The new formats won't work with cookies and can't be built upon existing legacy Web technologies.

Brands will be able to incorporate data sets into their marketing campaign strategies with ease, as data exchanges continue to evolve, and will look to share their anonymized user data in exchange for access to the same from other relevant companies.

Native is the new "cool"!

Advertising that matches the platform with which it is delivered is defined as "Native advertising", and often presented in the forms of article, infographic or video, with the specific intent to promote a product, while matching the form and style of the original contents.

For all the hypes around marketing technology, it still doesn't move as fast as you think. Let us know your own predictions in the comment section and at the end of the year we'll see who has the gloating rights! 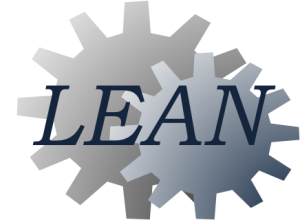 Notable for building the world's first successful airplane and making the first controlled, powered and sustained heavier-than-air human flight, the Wright Brothers, albeit not the first to build and fly experimental aircraft, were the first to invent aircraft controls that made fixed-wing powered flight possible.

Infographic brought to you by Wrike - Product Management Tasks

INFOGRAPHIC: 5 Lessons in Lean Product Development from the Wright Brothers 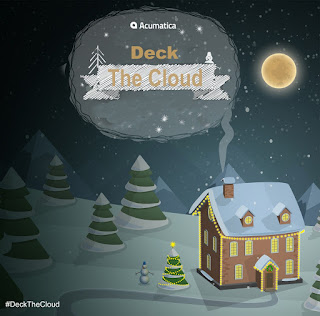 As we close out 2015, our traditions on looking back and looking ahead on technology trends for the coming year, continues. Acumatica, The Next Generation Cloud ERP Software company, sat down with four of its top analysts and thought leaders, to find out what happened in the ERP world this past year, and what to expect in the New Year.

While, the conversations were created originally as video series, “Deck the Cloud”, we’ll be highlighting a few of the questions discussed.

The key question each analyst was asked is: What ERP buying trends do you see in the marketplace?

The 4 Speakers in no particular order, are as follows:

Esteban Kolsky, Founder and Principal of thinkJar, a thinktank focusing on how organizations can better use technology.

Frank Scavo, President of Strativa, an IT and management consulting firm, and President of Computer Economics, an IT research firm.

Find their answers below:

“Virtually every single enterprise application and technology purchased today is going to be on a cloud basis. Cloud is a commodity that is baked into every single decision.” - Esteban Kolsky

“The first-time ERP buyers are growing and are ready to come off their small business accounting systems and get onto a real, full-blown ERP system.” - Frank Scavo

“In general, today’s buyer is a much more informed buyer. They have a much better BS detector.” - Jon Reed

“This year, what was a lot different was the attitude towards deployment options. There is a clear trend toward people wanting to move toward the cloud.” - Cindy Jutra

Let us know what ERP buying trends you see in the marketplace today in the comments, or you can join the conversation on Twitter with the hashtag #DecktheCloud.

Predictions: The future of ERP and Cloud computing for 2016 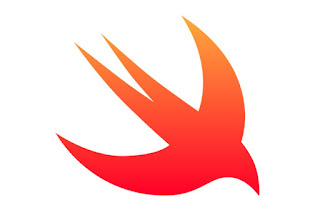 Apple kept to the promise of making its hugely popular programming language, Swift open source, allowing anyone to download, modify and to share the changes as they deem wise. While the promise was made months ago, and everyone expecting it, the stymied excitement was tied to the humorous unavailability of the codes on GitHub on launch day.

Swift has been in development for many years, and supports modern programming conventions, such as closures, generics, type inference, multiple return types and namespaces.

It's not only faster, but also easier to learn, and to help that process, Apple has created an 'interactive playground' for developers. And it's all good news, since the code is no longer locked up behind prohibitive licenses, the code-base is freed up for developers to use.

The company is hoping Swift will inspire the new generation to get into coding, and be able to take their ideas anywhere, from mobile devices to maybe even the cloud.

Meanwhile, with the project now open source, means that developers can choose to bring it to Windows and Android.

Developers will be able to download Swift and start building things with it from the new website: Swift.org, albeit, it won't be able to build apps that go into the App Store.

Swift supposedly faster than Objective-C, also with built-in protections against common issues and errors, currently supports iOS and OS X apps, and can also be used for tvOS and watchOS apps. 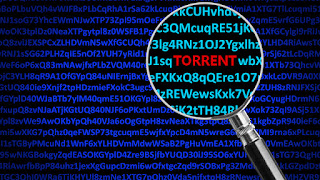 More often than not, you may have heard torrenting talked about in a negative light, as a way to illegally share movies and music, but that's not all there is to it. Actually, torrenting can be useful for sharing larger files, of course legally, such as a presentations in the form of videos and photos, or for downloading out-of-print books or non-copyrighted files.

While unfortunately, because of the bad reputation of torrenting, most internet service providers (ISPs) and probably the government may not support it, even when it's totally legal. Regardless of what you're downloading, if your ISP perceives that you're torrenting files, there's a possibility that your account may be suspended out of fear that you're breaking copyright laws.

Nonetheless, if you're downloading illegal files and the government caught up with you, you may face legal actions and possibly, jailed.

Additionally, you're also open to other risks when torrenting files, as often it means downloading content whose source is unknown, which could be choosing untrustworthy files that will do nothing but load malware unto your machine.

Below are some tips to make sure you stay safe while torrenting:

Your first step to protecting yourself on torrent sites is to make sure you're sourcing from legitimate sites. But, most importantly, make sure that you're downloading from a link that's been accessed and upvoted recently. There are lots of sites to torrent from, however, the most popular ones are KickassTorrents, the Pirate Bay and Torrentz.

This may seem like something that goes without saying, but there are far too many people who don't bother to update their anti-virus software at all. While, it'll suffice that what you're doing is just for a minute or two, but if you contract a virus, you're going to have a heck of a time with it. Don't leave things up to chance, and make sure you have sorted out your PCs protection in case you accidentally download something malicious.

Rather than guessing which links are safe and hoping for the best, you should use a VPN to torrent securely. If you're unfamiliar with VPNs, they stand between you and the site that you're accessing, giving you a safer connection that won't leak as much of your information and will usually give you a head-up if you're downloading something unsafe. Not only will this protect you against malware, but it'll also hide your IP address, making it far more difficult for your ISP and the government to catch you on what you're doing and penalize you for it.

Is the Use of VPN Illegal?

While in some countries, it is illegal, but that's not the case in most countries, you'll want to make sure you're up-to-date with the local laws of course. But if it's legal to use a VPN in your country, there's no reason not to use it. Truth be told, using a VPN is kind of like closing the blinds on your internet activity. Just because you don't want the neighbors to see what you're doing doesn't mean you're doing anything wrong.

Downloading torrent files may not always be the safest thing to do, but with a little foresight and research, you don't need to worry about the possible outcomes. Remember, there are plenty of legal reasons why you are doing what you're doing, so the fact that you're torrenting doesn't raise a red flag. Protect yourself against possible viruses and prying eyes, and you're good to go!

3 Ways to Stay Safe while Torrenting 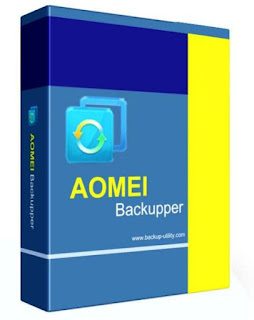 Definitely, the holiday season is the time for a lot of gift collections, and nobody would want such memories wiped out in an accidental data loss. If you've got anything important on your PC or Mac, you'd always be safer to have a backup to protect those files.

Albeit, the standard edition remains a preferred choice for individual PC users with many of the important basic functions needed to safeguard and protect important data, business upgrades are still available for advanced users.

What are the features in AOMEI Backupper Pro?


Once you launch the program you will be presented a small window with all the navigation buttons. 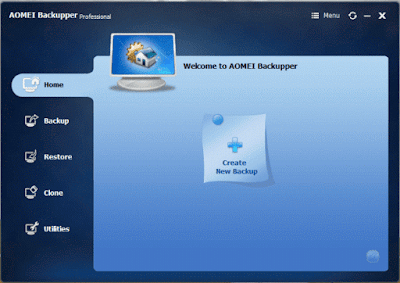 And AOMEI Backupper Pro has support for multiple backup options, meaning you can backup your files in the different options listed. 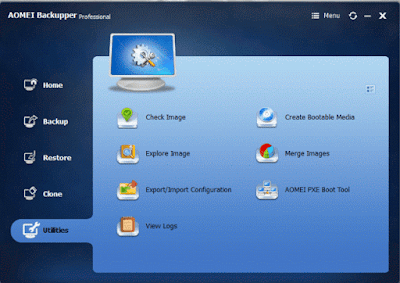 Folder syncing and backup: Is backup from a selected folder and also syncs files as they're added. Scheduled backups: Automates you backup preference, allowing you to sit back while you backup is carried out. Incremental backup: Is backup option that adds any changed file to old backup without creating a new backup.

AOMEI Backupper Pro 3.2 has one of the best interface in the industry, well-designed and works seamlessly, supporting both Windows and Linux with bootable image creation and unlimited client boot and also supports backup to NAS (Network-attached storage). 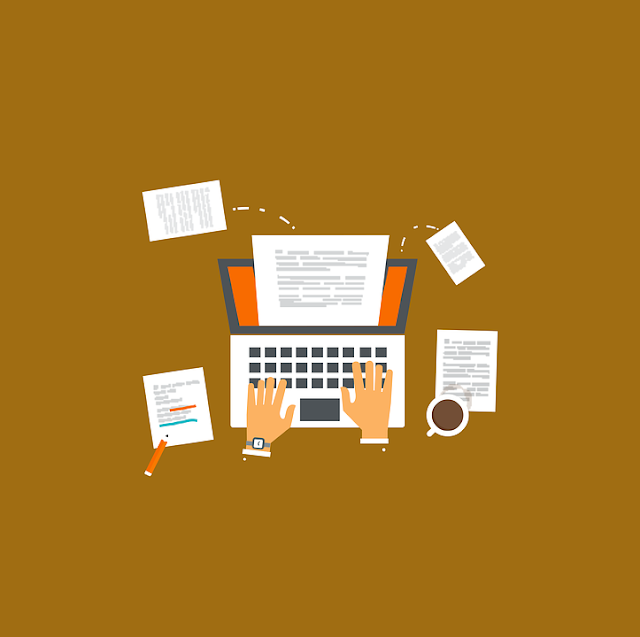